"At his best, man is the noblest of animals; separated from law and justice he..." 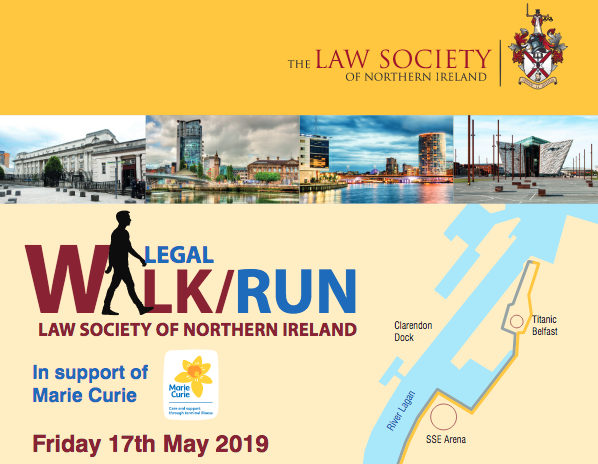 My late father, although a sports enthusiast, postulated that running interminable miles and lifting enormous weights incrementally turned brain cells into muscle and explained why marathon runners and weightlifters persisted in what he considered asinine activities. The truth of this hypothesis may be revealed within the confines of our office with our Adam Wood representing the Northern Ireland Law Society in the north-south triathlon challenge in County Leitrim on the 17th of May and Harry McCourt looking none the wiser for increasing the loads on his weightlifting bar! To paraphrase our Carrickmore GAA player, Michael Donaghy, ‘there’s wiser eating grass.’ Not that he himself is exempt from critical appraisal as every increase in his training schedules correlates with decreasing results for the team. Meanwhile the brave and the bold, Paul, Padraig and Clen have signed up for the exacting challenge of the Marie Curie 5k walk/run through the sweltering heat and blistering streets of Belfast. Our triathlete, Keith Hamilton, must think the challenge too demanding as he is used to the cooler climes of Camlough Lake, the softer surface of St Colman’s running track and the tranquillity of the bike on the towpath. Martin Campbell only moves forward at speed on skis – downhill! Alison Watterson, who is a runner, declined in trepidation that Clen is likely to ‘coup’ and resuscitation might fall to her. Our equestrian, Gillian McAreavey, demanded a horse.

The smiles come when they’re finished’